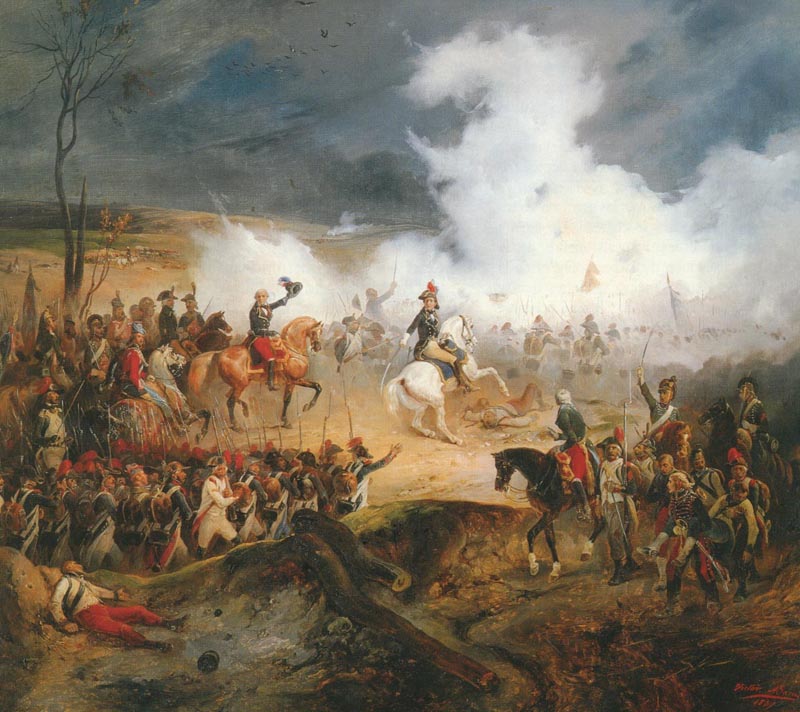 The Martini-Henry rifle was the British Empire's first breech-loading military rifle that was not a conversion of a muzzleloader. The Snider conversion of the old Enfield muskets of the .577 family had been going on since 1865-66 and was just a temporary solution until the Army had found a reliable breech-loader that could serve the Crown's soldier all over the world. The British found this rifle in 1871 when the .45 calibre Martini-Henry rifle was adopted along with the famous .577/.450 cartridge.

Find out more!
You can read more about the British Martini-Henry and Snider rifles, as well as other early breech-loading single-shot rifles in the brand new book From Musket to Metallic Cartridge: A Practical History of Black Powder Firearms.

The rifle is named after the Swiss-Hungarian weapon constructor Friedrich von Martini and the man who constructed the rifling, Alexander Henry. The American Henry O. Peabody claimed it was unfair that he was omitted in the model designation and he had his reasons for claiming so because it was Peabody who invented the basic mechanism. Peabody's falling block mechanism had an external hammer, but otherwise the mechanism in the Martini-Henry rifle and Peabody's rifle is quite similar. Peabody's rifle was patented in 1862 but arrived too late to play any major part in the American Civil War. The Norwegian and Swedish armies also considered the Peabody-Martini rifle, but finally decided to adopt the Remington rolling block rifle.

Note that the cocking indicator
is changing position when
the lever is lowered.

There are four different models of the British Martini-Henry infantry rifle. Mark I (i.e. model one) was in service from 1871 to 1876, Mk. II from 1877 to 1881, Mk. III from 1879-1888 and Mk. IV from 1888-1889. The only model that noticeably differs from the other in appearance is the last one, the Mk. IV. This one has a distinctly longer loading lever. The longer lever was adopted because reports from the Sudan campaigns during the 1880's complained about difficulties when the empty cartridge case was to be extracted. Most of the Mk. IV rifles were originally so called Enfield-Martini rifles chambered for a new .402" cartridge, but most if not all were later rebuilt and re-chambered for the old .577/.450 cartridge. The reason was the Lee-Metford rifle that was introduced in 1888. The Lee-Metford was chambered for the new .303 British cartridge and the Army decided that it would be confusing with three different service rounds and converted the Enfield-Martinis to the old round. The .303 British cartridge was by the way loaded with 71.5 grains of compressed black powder until 1891.

There were also other countries that used the Martini-Henry in their armed forces. Turkey was one of them and these rifles are called Peabody-Martinis despite the fact that they are almost identical to the British Martini-Henry rifles. The Turks bought several hundred thousand Peabody-Martini rifles which were made in the USA by the Providence Tool Company. The new model designation was in favour of Mr. Peabody, but this time Alexander Henry felt neglected and sued the Americans. The reason for his suit was apparently that he demanded royalties from the sale but in the bottom of this the fact that his name was omitted in the designation was probably the most important reason for his lawsuit. The Turkish rifles were in calibre .45 Turkish or 11,43x55R and they were supposed to be as identical as possible compared to the British issue rifles.

The somewhat unusual cartridge name .577/.450 has a simple explanation. The Martini-Henry calibre is .450", but the cartridge case is based on a lengthened .577 Snider case which is choked down to .45 calibre at the muzzle. Originally the British tried a long .45 calibre cartridge, but it proved too clumsy to handle in the field. It was colonel E. M. Boxer who finally came up with the idea that a .577 Snider case could be used as a base for the new .45 case. In the beginning the cases were made of rolled brass but experiences soon showed that fired rolled brass cases often got stuck in the chamber. In 1885 the drawn brass case was adopted.

The bullet weight for the infantry rifles were 480 grains, while the carbine bullets weighed 410 grains. The bullets were made of a 1:12 tin and lead alloy. The rifle cartridges were loaded with 85 grains of RFG2 black powder and the carbine cartridges were loaded with 71 grains of the same powder brand. The bullets had no grease grooves and were paper patched like many of the military bullets at this time. The paper patched bullets were a primitive form of the later metal jacketed bullets and one great advantage was that lead deposits in the barrel were eliminated. Another advantage was that bullets without grooves were easier to produce by swaging. The disadvantage was that lubrication was minimal compared to grease groove bullets. Because of this the Martini-Henry cartridges had a thick cake of beeswax between the bullet and the powder.

The Martini-Henry Rifles in Africa

The Martini-Henry rifles are perhaps best known for their role in the wars against the Zulus in Africa and were made immortal in films like "Zulu" from 1964 starring Michael Caine and Stanley Baker. The war began terrible for the English. They invaded Zululand in January 1879 and expected little resistance from the natives which were largely armed with spears and shields even though they had a certain amount of old muzzleloaders. The British Army was lead by the British commander in Africa, general Frederic Augustus Thesiger, better known as Lord Chelmsford. His army camped at the foot of the Isandlwana mountain Jan. 10 were they set up a base. Early in the morning on the 22. Lord Chelmsford went out with a force to search for the Zulu army. Not long after he had left the remaining soldiers discovered some Zulu warriors on the hillside the opposite direction of were Lord Chelmsford had left. A cavalry unit was sent out to exterminate the warriors and during this chase the cavalry unexpectedly stumbeled over the Zulu main force consisting of perhaps 20 000 warriors. Wonder who was most surprised, the British or the Zulus.

Artillery and cavalry were
issued carbines.

Now there was no turning back for the African warriors and they started moving towards the British camp at Isandlwana. The Zulus formed a line over 3 kilometres wide and the distance between each man was about one metre. The Zulu's well organized and disciplined battle formation was called the buffalo horn; it was massive in front while the flanks closed themselves on the enemy much like the shape of a buffalo's horn.

What actually happened during the battle is not known. The traditional view is that the British used up their ammunition, but it seems more probable that the redcoats tried to retreat which was fatal because in a matter of very short time the Zulus managed to surround some of the companies. After five hours of fighting the battle was over.

The name Isandlwana was written with blood in British history books this day in January 1879. The British Army had a catastrophe that can be compared to the Americans battle of Little Big Horn three years earlier. When Lord Chelmsford returned to the camp at dawn, all living was killed: soldiers, African allies, oxens, mules, horses and dogs. Only a handful of soldiers got away. 858 Brits and 471 African allies was killed by what the British thought was primitive warriors. About 1000 Zulus were killed and hundred later died by wounds from the battle.

The Martini-Henry rifles were powerful, but lacked the rate of fire needed to meet the superior number of enemies. Later this was also the case at Abu Klea in Sudan in 1885 when a British square of 1500 soldiers almost broke down when it was attacked by 5000 Moslem Mahdist rebels. The soldiers armed with Martini-Henry rifles could not keep the rebels at a safe distance when a Gardner machine gun jammed, but they managed to win the day because of the bayonets and concentrated firing from the Martini-Henry rifles.

A scene from "Zulu"
starring Michael Caine and
Stanley Baker.

The drama in Africa was far from over after Isandlwana. At Rorke's Drift which was fought on the same day as Isandlwana the British luck turned. When about 3- or 4000 Zulus that had been the reserve at Isandlwana attacked Rorke's Drift there was only about 150 soldiers present and about 50 of them was patients at the field hospital. They managed after all to hold the quarter in the 11 hour fight thanks to precise shooting from Martini-Henry rifles which started at 400 metres distance. When the Zulus tried to break through the barricades they were met with bayonets. 17 British soldiers lost their lives at Rorke's Drift, while the Zulus lost between 300 and 600. 11 of the defenders received the highest British military distinction, the Victoria Cross after this battle.

The effect of the Martini-Henry rifle was later described by both Zulus and British soldiers. Veterans later told about terrible wounds. Lt. John Chard which led the defence of Rorke's Drift said that: "Some of the bullet wounds were very curious. One man's head was split open as if by an axe. Another had been hit between the eyes, the bullet carrying away the whole of the back of his head, his face was perfect as though it was a mask, only disfigured by a small hole made by the bullet…" The next part deals with shooting the Martini-Henry rifle.