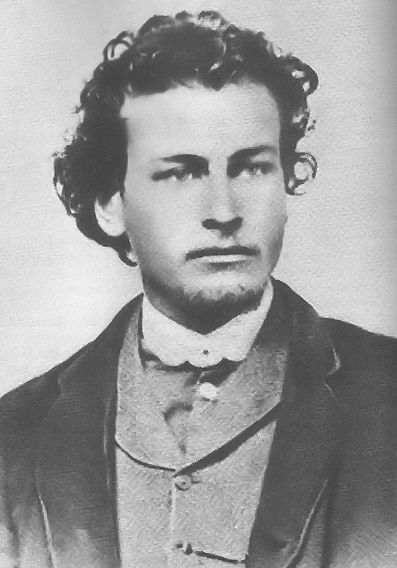 
(You must be logged in to the Norwegian forum to chat.)

The Springfield Trapdoor rifle was a result of the need of the US Army for a breech-loader that could be fired with metallic cartridges. The plans to adopt a breech-loading infantry rifle were started as during the Civil War (1861-65), and gunsmiths from all over the world were invited to submit suggestions for a new rifle mechanism. Despite the international competition the winner eventually was Erskine S. Allin, an employee of the government owned Springfield Armoury. His mechanism was probably chosen because it was based on a conversion of the Model 1861 and 1863 Springfield .58 calibre muzzleloading rifle-muskets. By converting the old muzzleloading muskets the government would save a fortune compared to building a new firearm from scratch. The amount of muzzleloading muskets that were left from the war was huge. The muzzleloading rifle-muskets were outdated even though the newest muskets were barely five years old when the conversion to trapdoor mechanism started.

Find out more!
You can read more about the Springfield trapdoor rifle, as well as other early breech-loading single-shot rifles in the brand new book From Musket to Metallic Cartridge: A Practical History of Black Powder Firearms.

The first trapdoor rifle, or 'Allin Conversion', which was the official name of the model, was chambered for a .58 calibre rimfire cartridge. The barrel of the muzzleloading musket was milled off just in front of the breech plug. The face of the breech plug was milled to form a locking lug seat. The 'trapdoor' breech block was fitted and attached to the top of the barrel with a hinge secured by soft solder and a single screw. The first model got the designation Model 1865 and was later called 'First Allin'. Because of it was built on many old parts the production cost per firearm was the modest amount of $5. The cartridge was called .58-60-500, where 60 is the powder charge in grains and 500 is the bullet weight in grains.

American military authorities soon found out that the calibre was too large. The next models, the 1866 and 1868, were chambered for the .50-70-450 cartridge, today known to most shooters as the .50-70 Government. This cartridge is quite similar to the Norwegian 12 mm Remington cartridge, but the American version is a tad more powerful. It wasn't until 1873 that the perhaps most legendary trapdoor rifle was introduced: The Model 1873 Springfield Trapdoor. The calibre was reduced to .45 and the cartridge was named .45-70 Government. To begin with the bullet weight was 405 grains, but it was later increased to 500 grains. A trained shooter could fire 12-13 rounds a minute with a Springfield Trapdoor.

The trapdoor was also made in a carbine version. George Armstrong Custer's cavalry was armed with .45-70 carbines when they were defeated by the Indians at the battle of Little Big Horn in 1876. The rifles and carbines were in service until the Spanish-American War in 1898, even though the first line firearm by that time was the new .30-40 Krag-Jørgensen rifle. At the end the trapdoor ammunition was loaded with smokeless powder. Even today you can buy smokeless ammunition that can be used in the original Springfield Trapdoor rifles. I have tried smokeless .45-70 factory ammunition from Federal in an original Model 1873 Springfield Trapdoor, but I stopped at five shots. It just didn't feel right, and I have stuck to black powder ever since.

Replica Trapdoor rifles are made, but original rifles are not scarce. Pedersoli makes replicas of both the Model 1873 infantry rifle and carbine.

The .45-70 cartridges are simple to load and you don't have to use reloading tools, even though it is recommended for active shooters. The available bullets that are used in .45-70 Trapdoor rifles are .457", .458" or .459" diameter. All commercial bullet mould manufacturers make bullet moulds for the .45-70. The original powder charge was 70 grains of black powder for the infantry rifles and 55 for the carbines. The carbines can also be loaded with 70 grains but you will probably feel the recoil.

You can use Fg, FFg and FFFg black powder, and there is no definite answer as to what is best. It depends of the combination of bullet, bullet lube, wads, brass, primer, powder brand, and of course the rifle. All black powder firearms are different and like different loads. Loads between 60 to 72 grains of FFg black powder is a good starting point. Note that you may need to compress the charges if you are going over 70 grains. Modern cases have thicker walls compared to the original cases, and thus they have less volume. It is recommended to use some sort of wad between the powder and bullet. Wads can be made or purchased in materials such as felt, paper, fibre or wax. I prefer milk carton wads. They are cheap and readily available if you have a wad punch. Most black powder shooters swear by magnum primers. You can read more about reloading for the .45-70 in part 2 of the Sharps article.

.45-70 die sets are cheap, mainly because many modern shooters still use the .45-70 as a hunting calibre. Because of the popularity of the old cartridge it is not difficult to access brass, bullet moulds and bullets. The prices aren't bad either. For tips on loading black powder cartridges without loading tools, see the article about the 12 mm Remington rolling block".

Before you shoot the chamber must be wiped clean and free of oil. To load a trapdoor rifle, bring the hammer to full cock and with your thumb, unlock the trapdoor and slide it forward. A cartridge is inserted into the chamber and the trapdoor is shut. Make sure the trapdoor is properly closed. The rifle is now ready to be fired. After shooting, open the trapdoor, and the empty case is ejected.

Rifle cartridge .45-70-405: The copper case was loaded with 70 grains of 'musket powder' and a lubricated 405 grain hollow based lead bullet. The muzzle velocity was about 411 ms.

Carbine cartridge .45-55-405: The copper case was loaded with 55 grains of 'musket powder' and a lubricated 405 grain hollow based lead bullet. The muzzle velocity was about 335 ms.