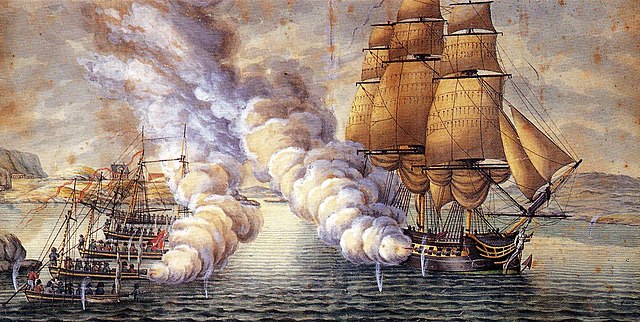 In 1837 king Karl Johan of Sweden and Norway ordered a group of Norwegian officers to form a small-arms committee. The officers were tasked with assessing all small-arms used by the infantry and cavalry and to suggest firearms for future use. During the war with Sweden in 1814, the Norwegian line infantry had been armed with Danish smooth-bore flintlock muskets. The light infantry – such as jäger and ski-borne troops – was equipped with muzzle-loading flintlock rifles. After losing the war in 1814, Norway was forced into a union with Sweden. The same year Kongsberg Våpenfabrikk (Kongsberg Small-Arms Factory) was founded. Now Kongsberg was mainly producing flintlock muskets heavily influenced by the Swedish Model 1815 musket.

The smooth-bore muskets were inaccurate but could be reloaded relatively fast. The muzzle-loading rifle was accurate but slow to reload. The small-arms committee’s ambition was to unite the accuracy of the rifle and loading speed of the smooth-bore musket. The committee also predicted that the percussion lock would replace the flintlock in the near future.

After extensive tests, the committee concluded that:

Small-arms committee member and artillery captain Frederik W. Scheel has been credited with the invention of the kammerlader, but he had not managed without the help of of gunsmith Niels Gregersen. Although not a member of the committee, it was Gregersen who created working mechanisms based on Scheels sometimes vague ideas.

400 of the first 500 rifles were produced at Kongsberg, while the remaining 100 was manufactured by Auguste Francotte in Liège, Belgium. Subsequent kammerlader models were also produced by C.P. Crause & Söhne in Herzberg am Harz in Niedersachsen in present-day Germany.

Infantry rifle Model 1849/55. This is the most common of all the kammerlader models.

Over 100 different models of the Norwegian kammerlader were manufactured for the army, navy and civilian shooters and hunters from 1842 to the early 1880s – including carbines and metallic cartridge conversions. In 1860, a new smaller calibre 4-linjer (linjer = lines) version was adopted. In modern terms the calibre was reduced from 16.63 mm to 11.77mm (.65" to .46").

The cavalry and artillery were issued carbines, but not until the late 1850s and early 1860s. The carbines are not included here because they were mainly of the small-bore calibre adopted in 1860. Only a few trial carbines were 18-bore.

Roughly, the main models of the 18 bore kammerlader rifles are:

All naval rifles are identical in length and are only marginally shorter than the two-band army rifles.

Examples of Naval kammerlader rifles. From top to bottom: Model 1845 and Model 1857.

The following was issued to soldiers as accessories to the kammerlader:

Socket or sword depending on model.

The sling was made from leather that was stained dark brown.m

Several models were used, but the most common was a split birch or maple dowel with a wooden head.

A small brass needle used to clean the percussion nipple.

A leather covered iron needle that prevented the hammer from hitting the hammer during dry firing. It could also act as a safety since the hammer lacked a half cock notch.

The soldier carried a coiled rattan cleaning rod in the backpack. It is not known exactly how the cleaning rod looked like.

Until 1855, the general-issue ammunition was paper cartridges that contained roundball and an 84-grain black powder charge. Selected sharpshooters had successfully been using a conical ball since 1849. In 1855 it was decided to issue conical ammunition to all troops. The same year a new conical ball was adopted for the kammerlader and Norwegian pillar-breech rifles.

The paper cartridges were used to speed up loading. The cylindrical part of the bullet was wrapped in paper that was fastened to the bullet with wool or linen thread. The remaining paper behind the bullet formed the powder container. After the cartridge was filled with 96 grains of Fg black powder the casing was closed by folding the paper into a tail. Lastly, the bullet end was dipped in a molten mix of sheep’s tallow and beeswax.

In 1861 a new paper cartridge was adopted. The new model was based on French and British cartridges and is quite similar to the British .577 Enfield cartridge.

To load, the soldier opened the chamber and capped the nipple. He then bit open the rear end of the cartridge and poured the powder into the chamber. Then the bullet was placed on top of the charge and the chamber was closed. The hammer was then cocked, and the rifle was ready to fire. Note that as a safety precaution it is recommended to cap the nipple as the last step in the loading process.

The book From Musket to Metallic Cartridge have more information about the practical use of the kammerlader.