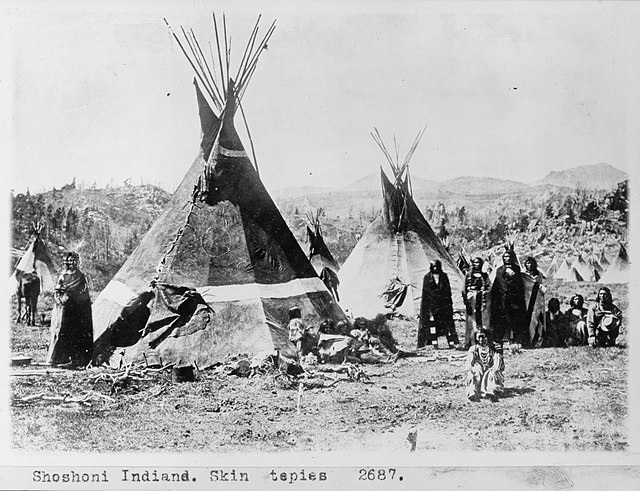 This is a summary of this Norwegian article (Norwegian).

Made between 1867 and 1883, Norway had a stock of 52,000 12 mm Remington rolling block rifles in the beginning of the 20th century. After the adoption of the Jarmann and Krag-Jørgensen rifles in the 1880s and 1890s the Remington rifles became obsolete and were consequently sold out of service. The disposal started in 1903 when the government decided to loan 9,000 rolling block rifles to young shooters in the National Rifle Association of Norway that could not afford the modern Krag rifle.

At the same time the fish disappeared from the sea in Northern Norway. The fishermen blamed the disappearance on the harp seal – sometimes called saddleback seal – that had invaded the coast of Northern Norway in great numbers. In March 1903 the government decided to aid the communities of the north by supplying them with cheap Remington rolling block-rifles. Thus the term “kobbegeværer” or “seal rifles” was coined. The rifles were sold for 5 crowns, while 100 military rimfire cartridges were sold for 2 crowns.

The municipalities had to purchase at least 100 rifles with 100 cartridges. The rifles were then handed out to fishermen. The Kongsberg Armoury could convert the rifles from rimfire to centrefire, but since the government had large amounts of military rimfire ammunition, the fishermen were advised not to convert the rifles. The government had no centrefire ammunition to sell and buying it from private companies would prove too expensive.

Over the next few months 1,600 rolling block rifles and 250,000 cartridges were shipped north. However, the government would soon regret selling a large number of military rifles to the poor fishermen, because they were getting desperate. And the desparation was followed by anger. Soon it was feared that they would use the rifles in an armed rebellion. The background was a conflict between fishermen and whalers. The fishermen believed that the extensive hunting of the fin whale was the cause of the harp seal invasion. Their theory was that the whale chased the fish towards the coast and at the same time scared the seal away. Today we know that there is no connection between the increase of the seal population and reduced number of whale, but the fishermen were firm in their belief.

1903 proved to be a particularly bad year. The sea was black, and the cod was nowhere to be seen. The seal however, was countless. The rage against the whalers increased each day. And on the night of 2 June 1903 the conflict culminated when about 1,500–2,000 furious fishermen attacked a whaling station in Mehamn, Finnmark. Buildings were burnt to the ground and equipment, blubber and whale oil were thrown into the sea.

The fishermen were armed with about 500 Remington rifles and to prevent the situation from getting out of control the government sent a battleship and troops to Mehamn. The riot was quickly suppressed, and the leaders were arrested. Most of them were fined, but a few were convicted to short sentences.

Although the rebellion was bloodless, the government were reluctant to supply the angry fishermen with rifles. The same year it was decided to protect the fin whale.

Sale to the National Rifle Association and hunters

The sale of 12 mm rifles and ammunition continued in other parts of Norway. The buyers were mostly shooters in the National Rifle Association that could not afford Krag rifles, but also hunters. In 1906 the stock of military 12 mm rimfire ammunition was exhausted. Now the rifles had to be converted to centrefire to allow shooters to reload their own ammunition.

The Ministry of Defense gave a 50 % discount to members of the National Rifle Association. They paid 5 crowns per rifles, while others had to pay 10 crowns. For comparison, a Krag-Jørgensen rifle cost 55 crowns. Costs connected to the centrefire conversion were not included. The National Rifle Association sold rifles converted to centrefire for 8,50 crowns each and the shooters also got a box of bullets, 25 cases and 100 primers included in the price.

Because of the large stock of remaining rifles, the prices were reduced in 1910: The NRA members now paid 3,50 crowns while others paid 6 crowns for a Remington rolling block rifle. It is not known when the last Remington rifle was sold out of service, but it was probably sometime between 1915 and 1920.

A number of rifles were also converted to 24 or 28 gauge shotguns.

On 15 August 1908 a new law was passed that prohibited calibres less than 12 mm (.50 calibre) for hunting reindeer. Today this may sounds strange, but in the beginning of the 1900s the new Krag-Jørgensen rifle proved to be too efficient. It had sights that could be elevated to 2,200 metres (2,406 yards) and many shooters overestimated their shooting skills. As a results, hundreds of reindeer were maimed and suffered a slow and painful death. The new rifle also decimated the herds to such a degree that the politician decided to act to get rid of the Krag as a reindeer hunting rifle. Just to make sure, magazine rifles and adjustable sights were also prohibited.

The caliber act of 1908 created a market for the military Remington rolling block rifles, but in the beginning of the 1930s the Remington was described as “the worst of all hunting rifles presently used”. Many hunters hunted with the Krag but carried a rolling block in case they walked into the game wardens.

The rolling block mechanism soon got a bad reputation and the newspapers reported about a several fatal accidents – most of which were connected to use of smokeless powder. In 1911 the National Hospital of Norway advised against smokeless powder in the old 12 mm Remington rolling block rifles because in a short period of time they had received four patients with skull fractions caused by blown up rolling block actions. All four shooters – two of whom were already dead – had used smokeless ammunition.

According to the calibre act of 1908, the military adjustable sight was not permitted for reindeer hunting.

The blown up Swedish rifle from 2007 (photo: Statens kriminaltekniska laboratorium).

The block was split in two part. Similar accidents were common in the early 1900s. (photo: Statens kriminaltekniska laboratorium).

Harald Platou from the Norwegian Association of Hunters and Anglers argued that the action was unsafe even with black powder since the black powder had become much more potent since the 1860s when the action was invented. This is doubtful however, but Platou and others used every change they had to paint a poor picture of the Remington rifles. They wanted to see the 12 mm limit gone.

The Remington rolling block as a hunting rifle

The caliber act also prohibited adjustable sight, so the military Remington rifles could not be legally used without sight modifications. Today, quite a few Remington sights can be found with simple fixed rear sight. The trajectory was curved and with fixed sights the Remington hit point of aim only out to 80 metres. At longer distances the shooter had to aim higher.

Rich hunters purchased expensive .50 calibre express rifles that could be used out to 150 metres with fixed sights. This created a gap between poor hunters that needed food on the table and rich people that hunted for pleasure.

Modern use of the Remington rifle

The Remington rolling block was used as a hunting rifle up until the Second World War. A few decades after the war, modern black powder shooters started competing with the rifles again. Luckily, we haven’t had any serious accidents in Norway since the black powder shooting was revived about 40 years ago, but in 2007 there was a fatal accident in Sweden. The action of a Swedish Husqvarna-made Remington rolling block made in 1872 blew up when a shooter loaded the rifle with a smokeless cartridge – possible a .50 calibre Express cartridge. The shooter was hit by metal fragments in the forehead and was killed.

Despite all the horror stories like the one above and from the early 1900s, there is no reason to be afraid of shooting your 12 mm Remington rolling block rifle. Make sure you use a rifle in good condition and only use black powder and lead bullets.